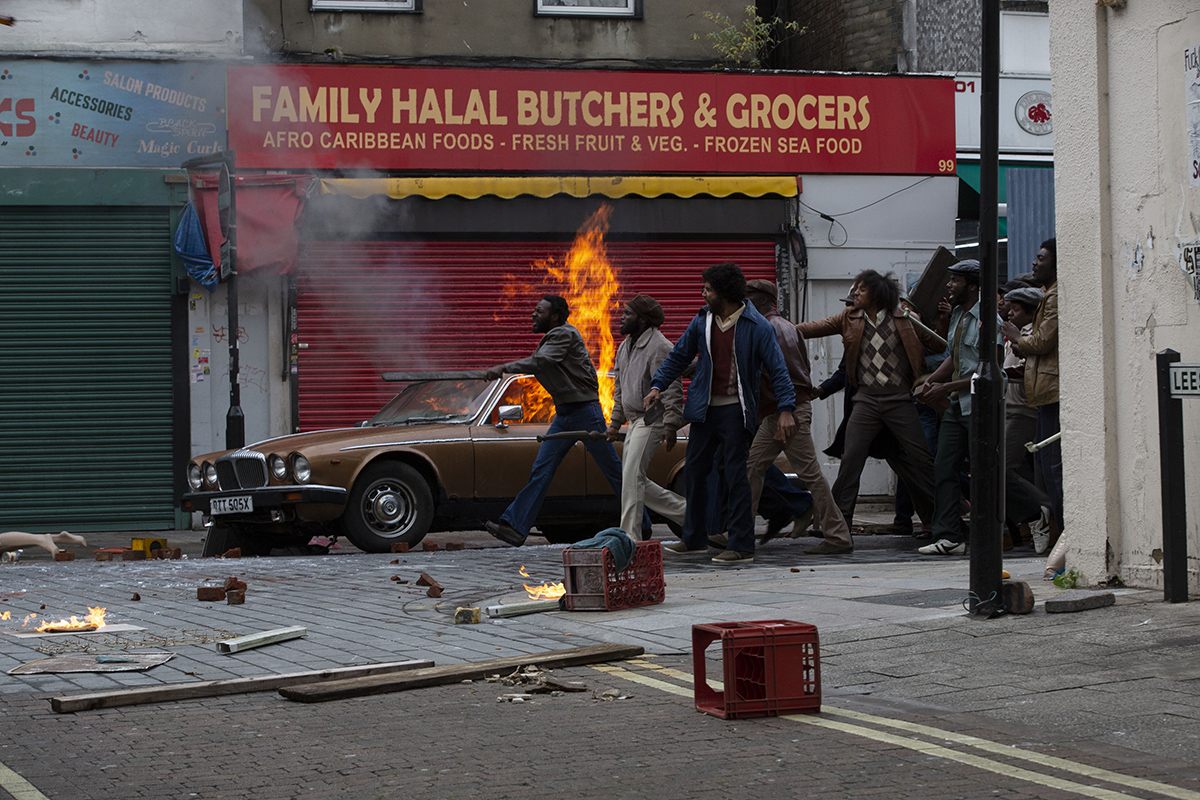 Alex Wheatle follows the incredible true story of award-winning writer, Alex Wheatle (Sheyi Cole), from a young boy through his early adult years. When he is thrown in prison during the Brixton Uprising of 1981, he confronts his past and sees a path to healing.

Alex Wheatle started his journey on Small Axe in the writers’ room. Little did he or Steve McQueen know that Alex’s story would become the fourth instalment of the collection of five standalone films.

Before going on to pen novels such as Brixton Rock and Straight Out of Crongton, Alex Wheatle spent most of his childhood in the Social Services system after his overwhelmed Jamaican father gave him up at the age of three. He became a survivor of the Shirley Oaks children’s home—now under fire and investigation for inflicting physical, emotional and sexual abuse on the children who ended up there. Wheatle moved to Brixton at the age of 15, where he began to find himself through music. At sixteen years old, under his DJ name, Yardman Irie, Alex co-founded the Crucial Rocker sound system: writing lyrics about everyday Brixton life for performance in community halls, youth clubs, house parties and blues dances. However, when thirteen young Black Britons aged 14 to 22 were killed in the now infamous New Cross Fire (also known as the Deptford fire) in January 1981, the community began to organize around seeking justice for what they believed to be a racially motivated crime. High unemployment rates among young Black men, a worsening relationship with police (who had increased its Stop and Search policy, enabling officers to frisk and question anyone they deemed suspicious), along with the police failing to make any arrests related to the case created a powder keg environment in Brixton. Tensions exploded three months later, leading to the Brixton Uprising—and Alex Wheatle’s subsequent arrest and imprisonment for four months.
Wheatle was directly involved with the research, development, and filming process throughout production.