CENTER JENNY is a crash after a drugged-out marathon and an attempt to pick up the pieces of a night (a life? a world?) that has gone terribly wrong. As the movie begins, we stumble down a hallway getting pelted with fragments we cannot decipher. […] We have a sickening feeling that much has already happened. Did our car get smashed? Did we fuck our best friend’s father? Did we waive all of our rights on acid? Despite the movie’s title, our perspective is decidedly de-centered: no one’s looking at the camera, and even the audio sounds like playback. We’re stuck viewing the “making of” footage—the behindthe- scenes. “He’s just playing a joke on you,” a character says, “no one else can see what you see.” We feel abused, but also that we’ve transgressed. “I’m going to get in so much trouble,” girl in a pink sweatshirt worries. We’re worried, too. Slowly we get resocialized and reacquaint ourselves with the history of the world. We’re at a university. We’re rushing a sorority. We’re getting— Christopher Glazek 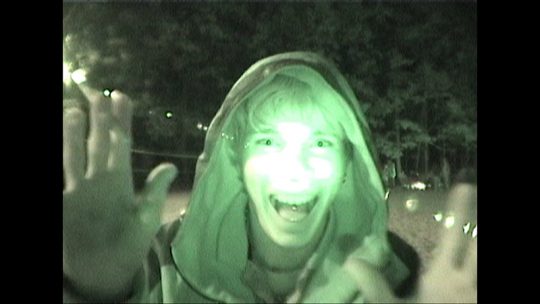 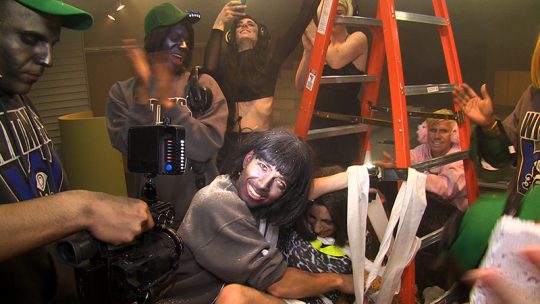