Trilogia della Morte (The Trilogy of Death) is a project by Italian artist Francesco Vezzoli (Brescia, 1971) inspired, in both of the settings that make up the piece, by two films by Italian filmmaker Pier Paolo Pasolini: Comizi d’amore (1965) and Salò o le 120 giornate di Sodoma (1975).

Comizi di Non Amore (2004), which Vezzoli conceived as a sort of linguistic reinvention of the Pasolinian documentary, recreates a psychological territory in which audience members are pushed to talk about themselves and their own points of view concerning couples and love relationships. Inspired by contemporary reality shows and produced exclusively for Fondazione Prada, the project is built and edited according to popular TV show canons. While in Pasolini’s films the director (Pasolini) enters into the reportage in first person, Vezzoli places himself diametrically opposite, since Comizi di Non Amore seems like a real television production, offered up without any critical detachment or controversial considerations, almost as a total immersion in itself. As a result, the cinema verité of the 1960s is translated into a Big Brother of the 1990s.

The second segment in the Trilogia della Morte is the installation piece Le 120 sedute di Sodoma, composed of 120 Argyle black chairs designed by Charles Rennie Mackintosh at the end of the 1800s, featuring embroidered seats and set in a line facing the artwork La fine di Edipo re (2004): a white screen displaying the word ‘Fine’ (End) and Pasolini’s ‘signature’ stitched in the lower right-hand corner. The whole is separated from the showing of Comizi di Non Amore by a dark red velvet theater curtain, which delimits two film theaters set alongside one another in parallel, one of which is dark and the other lit; one showing an embroidered film, the other a real film. The embroidered film displays, on every seat, the faces of the protagonists of Pasolini’s Comizi d’amore, while the real film is a cinematographic discourse which, for Vezzoli, opens up a new means of expression.

Venue of the exhibition: Fondazione Prada, via Fogazzaro 36, Milan
Trilogia della Morte was presented by Fondazione Prada at the 51st Venice Biennale on 9-24 June and 31 August-8 September 2004 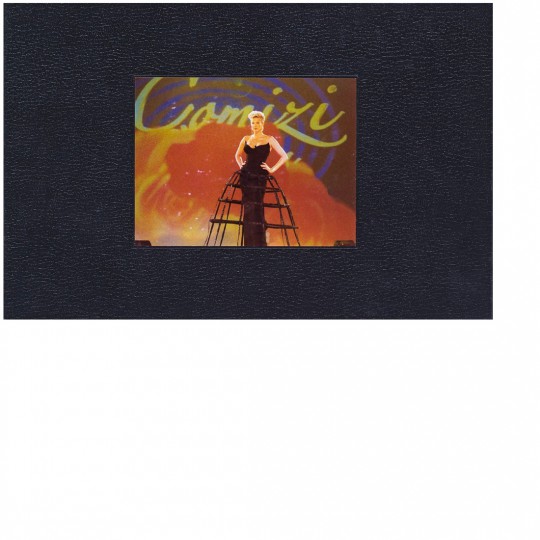