Fondazione Prada, in association with Milan’s San Vittore prison, organized “Dal Vivo”, a project by American performance artist and musician Laurie Anderson (Chicago, 1947), renown for her spectacular and multimedia installations since the early 1970s. “Dal Vivo”, curated by the artist and Germano Celant, is a meditation on time and on the image concretized through the telematic transportation of the body of the detainee Santino Stefanini from the prison space to the Foundation.

Inspired to the story of Stefanini—with more than 20 year prison record and who is serving a thirty year prison sentence— Dal Vivo is a journey made within the confines of Fondazione Prada’s exhibition space. 15 tiny speaking statues stand out from the surrounding darkness. These small objects consist of projections of images of Anderson’s body onto resin casts arranged about the floor which is covered by black sand. In one continual flow, they narrate the five Stories linked to the project: Golden Statue, Sand, Danny’s film, Blood red figure, Is time long? Or is it wide?. Each statuette in this little Greek chorus tells a single story in a mixture of the personal and the historical, the serious and the ironic. The culmination of the journey is the viewer’s meeting with the ‘live’, though silent, statue of Santino Stefanini, obtained through telematic transmission from the prison to the cultural institution.

The telematic transmission uses high quality digital video signals through a complex system of fiber optic cables and is the first installation of its kind to be staged in Italy. The three-dimensional image of the prisoner will appear live, ‘dal vivo’, quite free and mobile within the medium of light, for 15 minutes in the course of three ‘moments’ of the day. For the rest of the time, recorded image will be shown. Thus, Anderson highlights the nexus between incarceration and incarnation, as testified to by the living yet inaccessible figure of Stefanini. 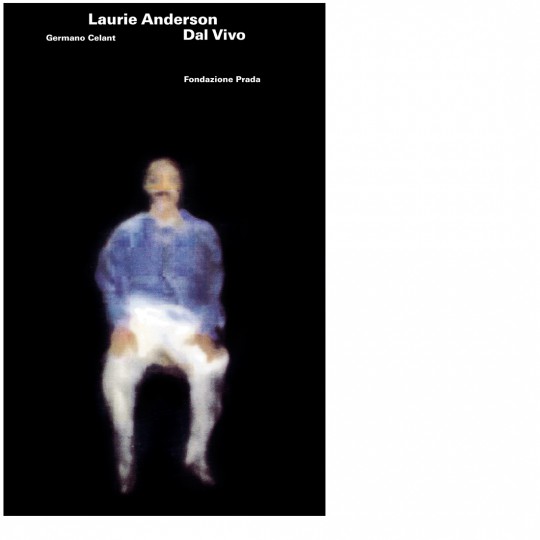