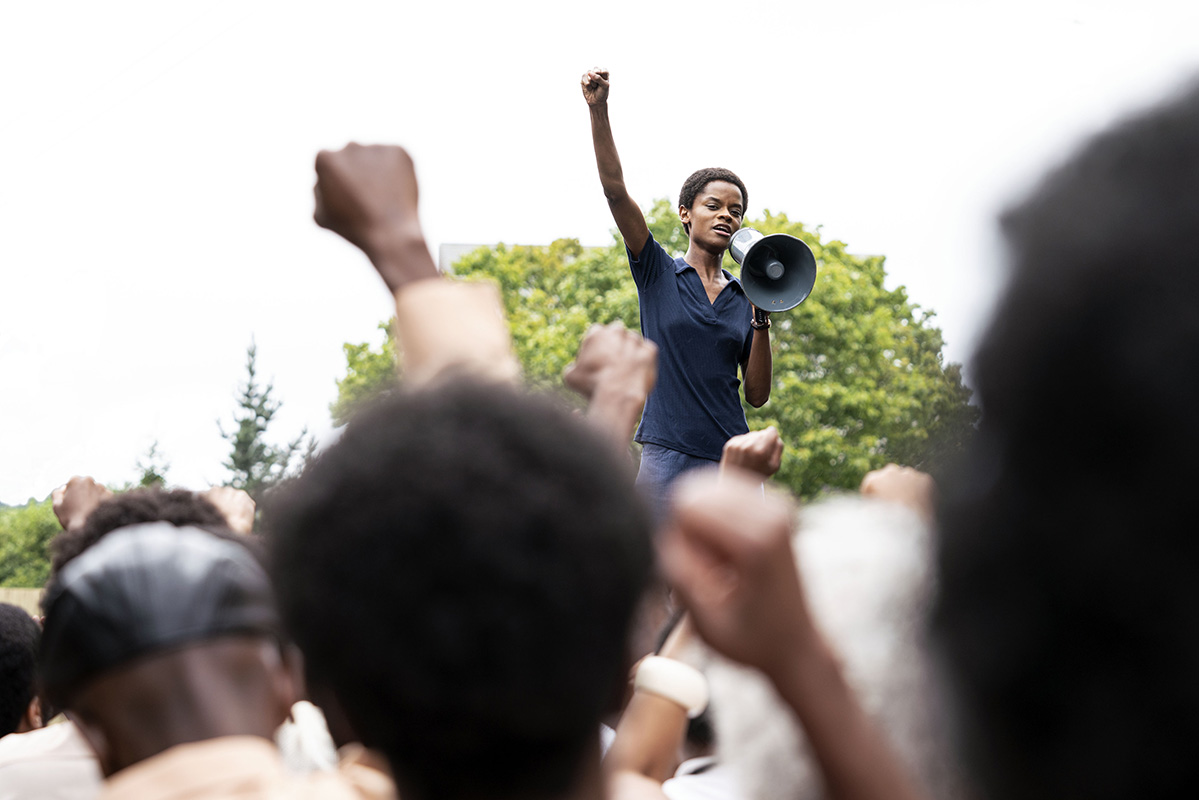 Known for its dim lighting and delicious West Indian fare, the Mangrove quickly became a lively home away from home for locals, intellectuals and activists. When racist police harassment began to overwhelm the restaurant and the local community, the Mangrove became a makeshift hub of community activism spread across three floors.

Following a protest, the police charged Frank and eight others, Altheia Jones-LeCointe (Letitia Wright), Darcus Howe (Malachi Kirby), Barbara Beese (Rochenda Sandall), Rupert Boyce, Rhodan Gordon, Anthony Innis, Rothwell Kentish and Godfrey Millett. They became known as the Mangrove Nine, leading to a historic trial whereby the jury acquitted all of the nine of incitement to riot. It was Judge Edward Clarke’s closing comments that cemented in stone the most significant hard-won triumph. He concluded, “What this trial has shown is that there is clearly evidence of racial hatred on both sides.” The Mangrove closed in 1992 and Frank Crichlow died in 2010. The story has remained relatively unknown, even in the UK.

“The anthology, anchored in the West Indian experience in London, is a celebration of all that that community has succeeded in achieving against the odds. To me, it is a love letter to Black resilience, triumph, hope, music, joy and love as well as to friendship and family. Oh, and let’s not forget about food too!”
Steve McQueen