Roamie View: History Enhancement reveals JJ as a husk of his former self, overwhelmed by too many experimental personalities and reverted to factory presets. He hires Roamie Hood’s (Alison Powell) company to roam backwards through time to research an opportunity for an edit that could alter his future-present. With Backseat Grace (Rachel Lord) and Liberty Lance (Liz Rywelski), Roamie careens into the suburban lair of three average teenaged boys, and from there into an animated environment strewn with stock footage videos of female assistants, some stomping by cubicles with corporate zeal, others despondent, or off-hours, shopping and twirling bags on the street. But despite all the buoyant exuberance, Roamie and her team fail to make a new JJ moment. Sleek, highrise interiors are thrust forward as the next setting, where Liberty Lance joins JJ in a chrome-cold hotel room, and then Able dons another, residual version of herself to meet a similarly muted woman called Average Katie (Liz Rywelski) in an oceanfront condo. Their ambiguous flirtation suggests that romance is simple and simplicity is romantic. In fact, they are just two bodies in a very special setting. The movie closes with a song. A line goes, “you’re not the only sky to touch that star.” — Kevin McGarry

Re’Search Wait’S comprises four movies: Ready,The Re’Search, Roamie View: History Enhancement, and Temp Stop. The setting of this other side of the Any Ever diptych is a complicated industry predicated on the supremacy of metaphysically evolved market research. The base commodities are personality traits; while ordinarily they are considered malleable, here they ossify into static examples (“examplize,” to use Trecartin’s term) that can be traded among owners. […] As a picture of modern consumer society literalized to an extreme, Re’Search Wait’S verges on social science-fiction; and by examplizing Any Ever’s other half into fuel for their own stories, these works tie the seven together as a yin and yang of nihilism and boundless meaning. — Kevin McGarry 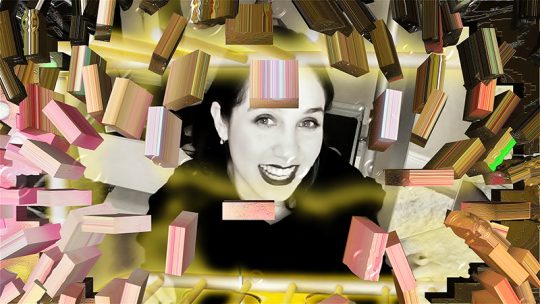 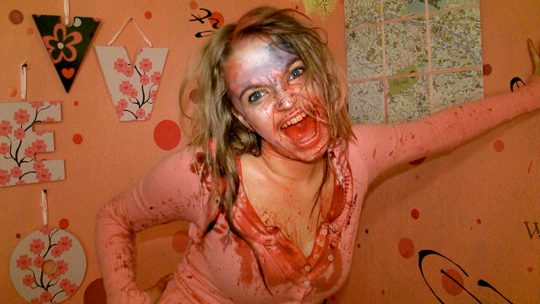 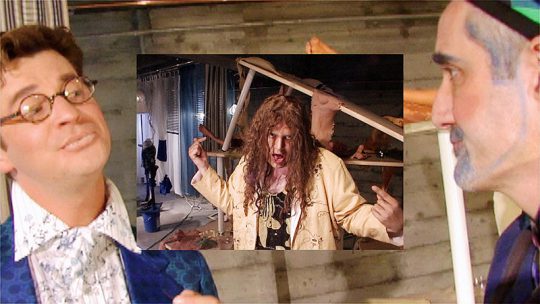