sign up
Sign up to our newsletter
Exhibition view. Photo Delfino Sisto Legnani and Marco Cappelletti.
9 May – 24 Sep 2017

INFORMATION FOR THE PUBLIC:

Attendance to the Maratone is free, pending availability.

In between individual experiences and collective narratives, the exhibition translates the artist’s gaze into a visual experience that explores 1970s TV production. Italian public TV is interpreted by the artist as a driving force for social and political change in a country in transition from the radicalness of the 1960s to the hedonism of the 1980s, as well as a powerful machine for cultural and identity creation. During that decade, Rai revised its pedagogical mission and distinguished itself for the high cultural quality of its productions, such as the collaborations with film directors Bernardo Bertolucci, Federico Fellini, Paolo and Vittorio Taviani. Divided between formal austerity and experimental vocation, 1970s television amplified the development of collective imagination into a plurality of landscapes and individual perspectives, anticipating the narratives which characterized the commercial television of the following decade. TV became a specific medium, and its shows went through a progressive transformation: they first shifted from culture to information, and subsequently from information to communication.

As stated by Francesco Vezzoli: “With this project, I wanted to set a path that was risky and dense—one as difficult as the subject requires—but also entertaining and surreal. A true investigation of this contemporary custom and its roots, informed by today’s critical sensibilities: 1970s Italian television produced rituals and, as a consequence, absolute, long-lasting myths that still today, presented anew in this exhibition, can inspire us to make unconventional choices”.

“TV 70”, realized with the curatorial support of Cristiana Perrella, has been conceived as a sequence of visual and semantic juxtapositions taking place in the Nord gallery, in the Podium and in the Sud gallery at Fondazione Prada. The design of the show, realized by M/M (Paris) – Mathias Augustyniak and Michael Amzalag – is based on the merging of spatial and temporal dimensions in a set-up which combines traditional museum exhibition standards with the screening of moving images, in alternating conditions of light and darkness. The sequence of immaterial documents from the Teche Rai archives combined with the materiality of paintings, sculptures and installations – selected thanks to the scientific consultancy of Massimo Bernardini and Marco Senaldi – will develop in three separate sections, and analyze the relationships between Italian public television with visual art, politics and entertainment.

“TV 70” will come to an end at the Fondazione’s Cinema with the screening of a new work by Francesco Vezzoli “Trilogia della Rai” (2017), a selection of TV excerpts edited by the artist. By including the icons that marked his childhood and adolescence within the TV flow featuring different genres and styles, the artist will transform archive footage into a living substance, and his personal, intimate memory into a shared narration. Vezzoli combines in an intense collection the traces of contradictions and aspirations of a country mirrored in its media production. The Cinema will also host Gianni Pettena’s installation “Applausi” (1968), an ironic invitation for visitors simultaneously experiencing the double and ambiguous condition of television and exhibition audiences.

“Maratone TV 70”, six evening events hosted at Fondazione Prada’s Cinema in Milan, will be hosted every Friday and Saturday from 8 to 23 September, on the occasion of the exhibition.
The marathons will present TV programs from the Teche Rai archives that experimented new approaches to television storytelling – from documentaries to women-led variety shows, from genre TV series to avant-garde theatre – and are still as innovative and entertaining after 40 years since they were first aired.

On Friday 8 September, “Maratone TV 70” will be launched with a selection of interviews and documentaries produced by Rai and devoted to Italian artists such as Vincenzo Agnetti, Alberto Burri, Eugenio Carmi, Giorgio De Chirico, Renato Guttuso and Mario Merz. These TV excerpts, selected and presented by the exhibition’s associate curator Cristiana Perrella, were taken from emblematic shows such as Artisti d’oggi (1974) and Come nasce un’opera d’arte (1975) by Franco Simongini, Vidikon (1979) by Anna Zanoli and Biennale Rosa (1975-’76) by Alfredo di Laura. In such programs, artists confronted the potential as well as the hidden threats of TV as a media, through which they were exposed to large audiences for the first time whilst transforming the creative process behind their works into a new narration for heterogeneous TV audiences.

On Friday 15 September, Massimo Bernardini, the consultant for the politics section of the exhibition, will present Chung Kuo, China, a documentary realized by Michelangelo Antonioni in 1972 and broadcast by Rai the same year. Antonioni depicts China through its factories, government buildings, as well as rural and urban areas from a domestic and intimate point of view. The film, which gained the director the allegation of being an enemy of the people from the Chinese press, tells us about a country detached from the Maoist mythology, divided between ancient traditions and a thrust to the future.

On Friday 22 September and Saturday 23 September, “Maratone TV 70” will end with “Fenomenologia di Raffaella Carrà”, a screening schedule conceived by Francesco Vezzoli. By presenting two complete seasons of shows such as Milleluci (1974) by Antonello Falqui and Ma che sera! (1978) by Gino Landi, the artist will analyze the evolution of one of the most popular icons of Italian television during the 70’s. Milleluci is a black and white variety show featuring traditional TV presenting techniques but led by two female anchors, Raffaella Carrà and Mina, a revolutionary invention at the time. On the other hand, Ma che sera! was a musical show presented in color, with a liberating and irreverent tone, through which Raffaella Carrà became an ironic, transgressive character, especially if framed within the Italian socio-political climate during the so-called Years of Lead.

Access to “Maratone TV 70” is free of charge. Admission tickets can be collected at the ticketing desk on the day of selected screening from one hour prior to its start, pending availability. 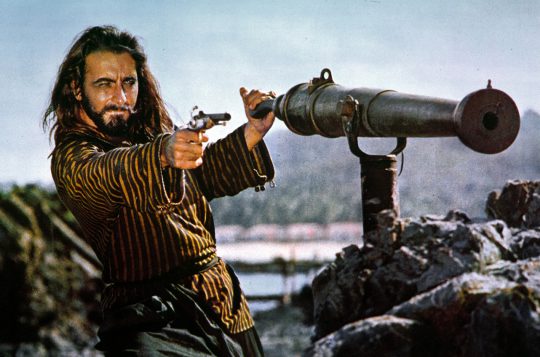