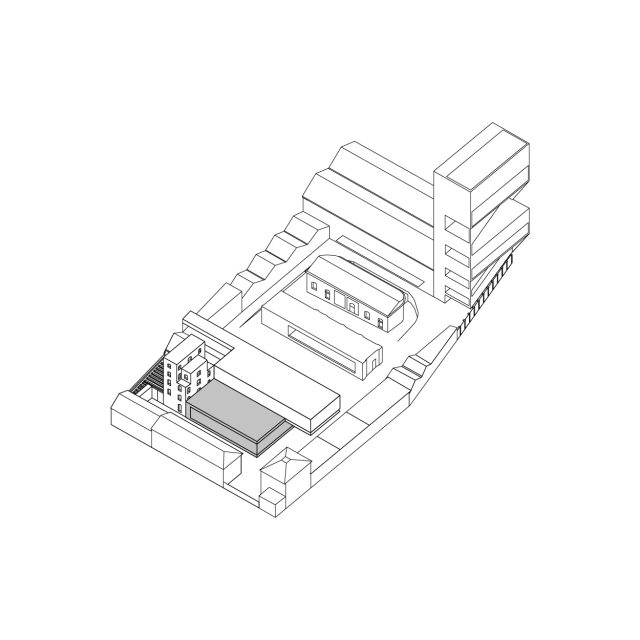 “I always employ simple, given elements, I don’t want either to add or take anything away. I have never even wanted to deform; I isolate and represent.”
Domenico Gnoli

The exhibition is presented as a retrospective that gathers over 100 works, created by Domenico Gnoli (Rome, 1933 – New York, 1970) from 1949 to 1969, as well as an equal number of his drawings. A chronological and documentary section, including historical materials, photographs and other supports, contributes to trace Gnoli’s life and artistic career more than fifty years after his death. The research behind the project conceived by Germano Celant was developed in collaboration with the artist’s archives in Rome and Mallorca, which preserve Gnoli’s personal and professional heritage.

This retrospective is part of the series of exhibitions that Fondazione Prada has dedicated to artists—such as Edward Kienholz, Leon Golub and William Copley—whose practice developed along paths and interests that took a different direction from the main artistic trends of the second half of the 20th century. The aim is to explore Gnoli’s practice and his activity as a unique discourse free of labels, documenting links with the international cultural scene of his time and highlighting affinities with contemporary visual research. Furthermore, “Domenico Gnoli” will expand on the insights of those who, in the past, interpreted the artist’s work from an original historical and critical viewpoint, recognizing the inspiration that he drew from the Renaissance and highlighting the narrative value of his works.

Created by the design studio 2×4 in New York, the two-floor exhibition setting inside the Podium harks back to 20th-century museum environments by tracing linear perspectives that divide the exhibition space into a series of monographic units. The artist’s works are arranged in themed series that reveal how each painting generated other works following a logical development of expression. Packed with significance, the details that Gnoli painted suggest enigmatic biographies of the objects represented and testify to the artist’s conviction in pursuing his own research in a radical reinterpretation of classical representation. 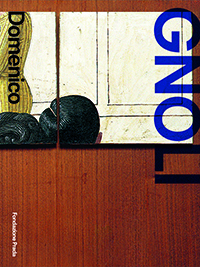