Ca’ Corner della Regina, built between 1724 and 1728 by Domenico Rossi for the Corner family of San Cassiano, is a Venetian palazzo overlooking the Grand Canal and located in the Sestiere of Santa Croce. It was erected on the ruins of the Gothic building in which Caterina Corner, the future queen of Cyprus, was born in 1454. The architecture echoes the style of the nearby Ca’ Pesaro designed by Baldassare Longhena. The frescoes on the first noble floor represent a series of episodes from Caterina Cornaro’s life.

In 1800, the palazzo became property of Pope Pius VII, who assigned it to the Congregation of the Padri Cavanis. Until 1969, it hosted the Monte di Pietà, whereas between 1975 and 2010 it became the home of the ASAC – the Historical Archive of Contemporary Art of the Venice Biennale. Since 2011, it has been the Venetian headquarters of Fondazione Prada, which has launched 10 temporary projects in this venue until today, concurrently with a preservation and repair program of the palazzo.

The preservation and repair program of Ca’ Corner della Regina, which has been drawn up in line with the directives of the Soprintendenza per i Beni Architettonici e Paesaggistici di Venezia e della Laguna, is being developed in several phases.
The first stages had the primary aim of securing and preserving the surfaces of artistic and architectural value, the study of all the inappropriate equipment plants, the maintenance of the wooden doors, windows and shutters, the removal of non-original partition walls and the reclamation of spaces that have been used as offices and service rooms. As for the preservation of the decorative apparatus, the ornamental frescoes, stuccos and stonework in the portego and eight rooms on the building’s principal piano nobile have been secured. Afterwards, work was carried out to consolidate and secure the surfaces of the mezzanine, the restoration of which brought to light a fresco in the central hall, previously hidden, in 2019. On the second floor, a restoration project focused on the walls and the stucco and marmorino veneziano decorations of the side rooms. The restoration of the surfaces of the portego on the second floor will follow. 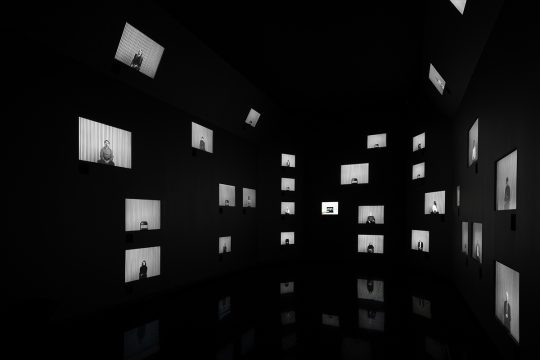