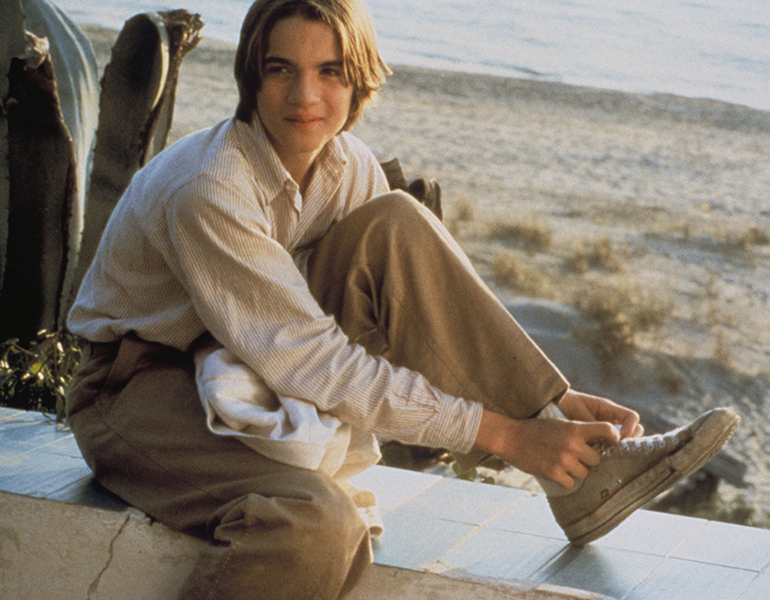 Following an enigmatic prolog on the Tyrrhenian, the opera singer Caterina Silveri is preparing to leave her house in New York for a European tour when her husband Douglas suddenly dies from a heart attack. Returning from the funeral, she decides that she will take her 15-year-old son, Joe, with her instead. We find the new “couple” in Rome where, between performances of Il Trovatore at the opera house, Caterina discovers that Joe has become a drug addict. No longer knowing how to manage this situation, one evening she offers herself to him, provoking a very violent reaction. She later tells him that his father was not Douglas but a man called Giuseppe, whom she had met and loved in Italy some fifteen years earlier. Joe succeeds in tracking down his father, who has literally appeared out of the blue, and visits him unexpectedly in the small house by the sea where Giuseppe lives with his mother. He presents himself as a friend of Caterina’s son, whom he says has just died of a drug overdose. During the rehearsals of Un ballo in maschera in the Baths of Caracalla, Giuseppe, distressed at the dreadful news, bursts backstage looking for Caterina. Greatly surprised, she points to Joe in the stalls, from where he applauds the performance on the stage of his parents, who have finally been reunited thanks to his stratagem.