LOCATION
"Recycling Beauty" is located inside the Podium and the Cisterna.

GUIDED TOURS
By purchasing a ticket to visit the exhibition over the weekend, visitors can join free guided tours in the Italian language.
Every Saturday and Sunday at 10:30 am. 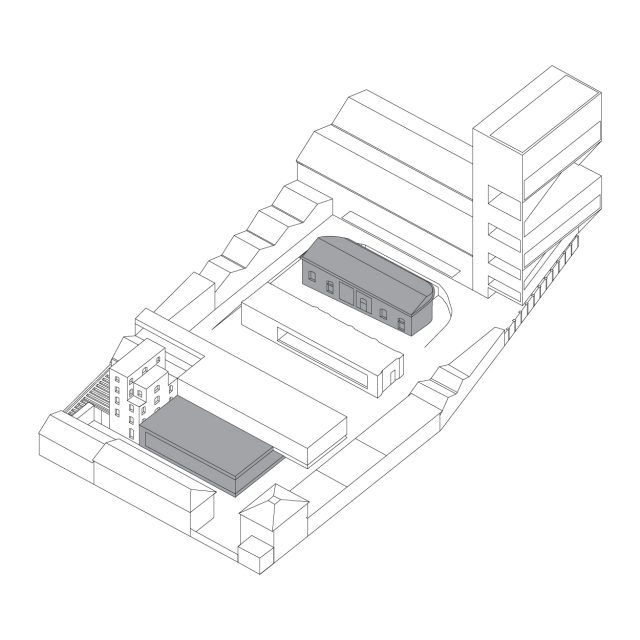 “Recycling Beauty” is an unprecedented study dedicated entirely to the reuse of Greek and Roman antiquities in post-antique contexts, from the Middle Ages to the Baroque era. The exhibition is curated by Salvatore Settis and Anna Anguissola with Denise La Monica, designed by Rem Koolhaas/OMA.

The underlying premise of this research is the need to think of the classical not simply as a legacy of the past, but also as a vital element with the power to affect our present and future.
Through an innovative interpretive approach and an experimental exhibition format, ancient heritage—in particular Greco-Roman heritage—becomes, in Settis’ words, “a key that provides access to the multiplicity of cultures in the contemporary world.”
Despite its cultural relevance and widespread diffusion, the reuse of ancient materials has been studied in depth only recently. In the last few years detailed attention has been devoted to the essential aspect of this phenomenon: the visual and conceptual interaction between the reused ancient elements and the post-Antique context, far from their origin, they became part of. “Recycling Beauty,” instead, aims to draw attention to the moment when an antique artifact crosses the boundary between its condition of abandonment among ruins and the moment its value is reactivated through its reuse.

The exhibition design, conceived by Rem Koolhaas/OMA, together with Giulio Margheri, takes place in two of Fondazione’s buildings—the Podium and the Cisterna—as a process of historical analysis, discovery, and imagination. In the Podium a landscape of low-rise plinths made of acrylic allows for the pieces on display to be perceived as an ensemble, while the cubicle-like structures encourage a closer examination with the presence of office chairs. In the Cisterna, visitors encounter the exhibits gradually, in a sequence of spaces that facilitate observation at different points of view from the height of a balcony to the confined perspective of a room built inside one of the existing rooms. Two rooms in the Cisterna will be dedicated to the colossal statue of Constantine (4th century CE), one of the most important works of late ancient Roman sculpture. Two monumental marble fragments, the right hand and foot—normally displayed in the courtyard of the Palazzo dei Conservatori in Rome—will be placed alongside a full-scale reconstruction of the Colossus. Something that has never been attempted before, this demonstrates how the statue was the outcome of the reworking of an earlier cult statue, probably of Jupiter. This project is the result of collaboration between the Musei Capitolini, Fondazione Prada, and Factum Foundation, with the scientific supervision directed by Claudio Parisi Presicce, the Capitoline Superintendent of Cultural Heritage.

Highlighting the importance of fragments, reuse, and interpretation, “Recycling Beauty” helps to consider the past as an unstable phenomenon in constant evolution. The exhibition presents over fifty highly representative artworks from international and Italian public collections and museums, including Musée du Louvre in Paris, Kunsthistorisches Museum in Vienna, Ny Carlsberg Glyptotek in Copenhagen, Musei Capitolini, Musei Vaticani, and Galleria Borghese in Rome, GalleriE degli Uffizi in Florence, and Museo Archeologico Nazionale in Naples.