INFORMATION FOR THE PUBLIC
temporarily closed.

In 2006, in order to realize the photographic work Grotto, Thomas Demand used a postcard as his starting point in recreating a grotto located on the island Maiorca. Employing 30 tons of grey cardboard, shaped with the help of a computer and laid out to form a stratification with 900,000 sections, the artist recreated the rock chamber, stalactites and stalagmites displayed on the postcard in order to photograph the work.

For the opening of Fondazione Prada’s new venue, this grotto motif returns as Processo grottesco (Grotesque Process), for which Demand sets documentary materials including postcards, books, tour guides, catalogue illustrations, various advertisements and the massive reconstruction of the Spanish grotto alongside the photograph Grotto. In this manner, the artist allows visitors to explore the creative process that led to the realization of the photograph, opening a window onto the way the artwork has been transformed over the course of time through continuous investigation. The grotto theme is a recurring subject in the history of art and architecture, and implies a provocative, bizarre approach, typical of painting techniques of the 1500s known as ‘grottesca’ (grotesque).

One of the characteristic elements of Processo grottesco is the use of virtual computer technology, which Demand employed for the first time ever to cut, following a 3D model, the various layers of cardboard used to create the three dimensional reconstruction. In this permanent installation, the use of a highly technological instrument makes it possible to imitate, thanks to its accelerated deciphering, natural stratifications that have developed incredibly slowly over a long time.

The ‘grotesque process’ is animated by a contrast that informs Demand’s representation of reality, as the artist is in turn inspired by a real place that is ultimately revealed as an ‘unreal’, perhaps even surreal, space thanks to its subterranean, mysterious and disturbing connotations, exalted in this definitive installation on the underground level of Fondazione Prada’s cinema. 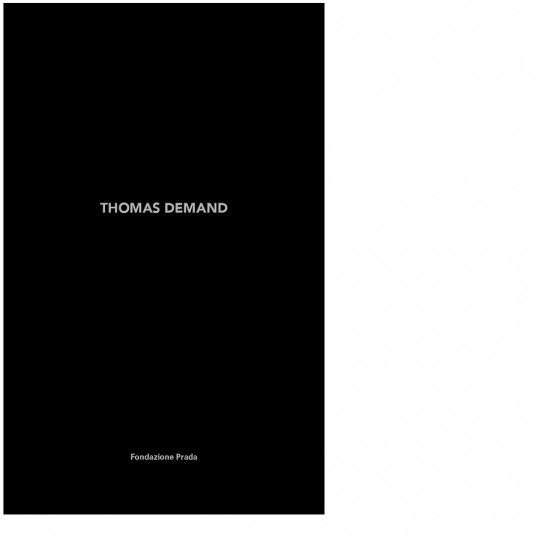