One of the leading protagonists of the 1960s and 1970s American art scene, Walter De Maria (Albany, California, 1935 – Los Angeles, 2013) is a precursor of such stylistic directions as Minimal and Conceptual art. In search of a diverse contextual language between art and natural environment, De Maria formulated writings and projects that preceded the international Land Art movement.

The exhibition, curated by Germano Celant, is the first solo exhibition devoted to De Maria in Italy and presents three large series of sculpture created during the late 1960s and early 1970s that come from American and European museums and institutions. Conceived as one large installation where the works are all interconnected, the show opens with three ‘signs/symbols’ sculptures representing basic historical meanings while at the same time they function as modern sculptures: Cross (1965), Museum Piece (1966) and Star (1972).

The show continues with Gold Meters (1976)—here exhibited for the first time ever—, a sculpture composed of 8 one-meter by one-meter solid, polished stainless steel plates on which circles of gold in numerical sequence can be seen.

The exhibition concludes with Beds of Spikes (1968–1969), a complex sculptural whole of five rectangular elements in stainless steel. Each rectangular element (or Bed), contains solid obelisk-shaped spikes. In accordance with the artist’s intention, the sculptures were only to be viewed under the natural light during the day. 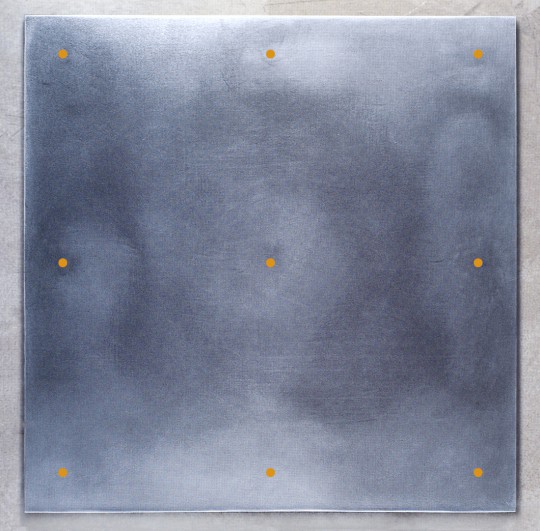