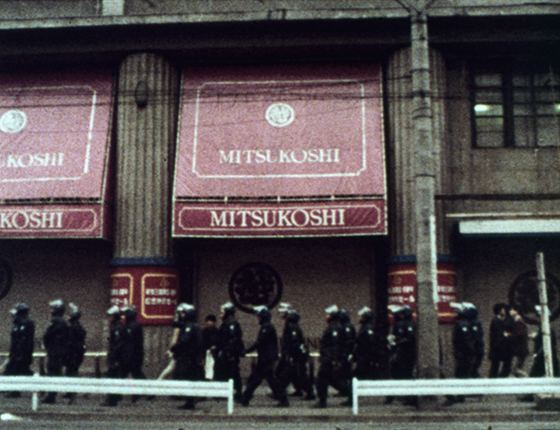 Wishing to explore the theme of the topic of sensationalization of information making and the role played by the sound into it, the brief informative document “Wax Recording History – Media Recording History 1870-1900” (2013) features the very first “hardware” of media recording devices used in what became later a highly ephemeral tool for dramatizing storytelling. “A.K.A. Serial Killer” (1969) Japanese documentary film directed by Masao Adachi, is an anti-sensationalist authorial account about the 19-year-old serial killer Norio Nagayama; launching the influential ‘landscape theory’ in Japanese film theory and practice, it is considered a landmark in political filmmaking.

A brief informative account by the Edison Tech Center on the history of voice and sound recording. Recording sound began on paper, then metal foil, then to paraffin and finally to wax: the sound travels down the horn and vibrates a diaphragm, through a series of spring devices, it etches into the wax.

Between 11 October and 5 November 1968, teenager Nagayama Norio murdered four people in a killing spree across Japan with a shotgun stolen from a U.S. Army base. Adachi Masao set out to trace the young man’s footsteps with a camera in hand. The result is an experimental documentary comprised purely of landscape shots, each of which shows scenery that Nagayama may or may not have seen during his upbringing and journey. Seeking an alternative to the sensationalism found in the media’s depiction of serial killers, Adachi’s sparse voice-over provides only the hard facts while the increasing number of billboards in the landscapes slowly reveal the hegemony of capitalism in contemporary Japan.