American artist Barry McGee (San Francisco, 1966) began his career in the 1980s, when he was active in the streets of San Francisco producing works that he signed with the tag ‘Twist’.

Since then the artist has always regarded the city as the ideal space for his intervention, a non-place where everything happens and where a wide variety of ideas and lifestyles are mixed together, drawing their strength from this amalgamation, and where the contrast between the center and the periphery, between the wealthy districts and the slums, is even more striking.

Intended specifically for the Fondazione Prada’s space, the huge installation devised by McGee is entitled Today Pink (2002), a chaotic scene consisting of abandoned vehicles covered with graffiti, figures painted on huge metallic or monochrome walls, and fragments of lighter, fluctuating objects. As in the aftermath of a road accident, two abandoned vehicles invade the space. On their bodies the artist has painted his familiar faces, which, with their sad eyes, are a reminder of bowed, resigned humanity.

Innumerable drawings appear on all the walls, following each other without a gap. This is a urban landscape rich in signs and symbols that contain references to life in today’s cities, to their alienation and precariousness. 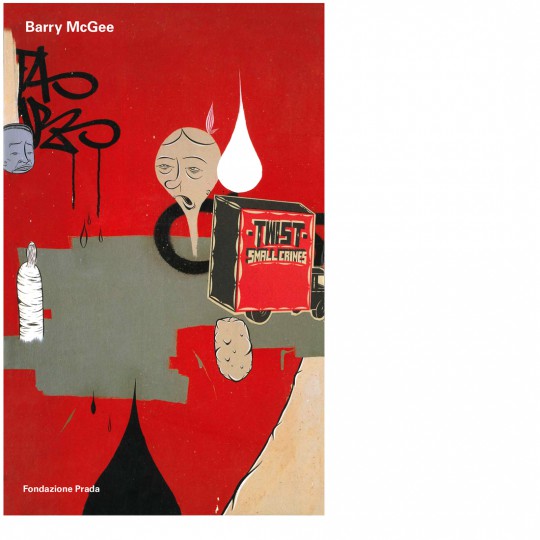