For his first solo show in Italy, American artist Michael Heizer (Berkeley, California, 1944) presents new works that deal with the relationship between positive and negative and are specifically conceived for the Fondazione Prada exhibition spaces.

Known for his immense works made in the American deserts, Heizer created installations that completely fill the large Foundation exhibition halls such as Negative Line, a work similar to Rift, which was made in 1968 in Nevada desert. The piece consists of a 30 cm deep steel line embedded in the floor forming zig-zag path around the columns in the hall.

Installed in the second large exhibition hall are Stele 1 (1996) and Stele 2 (1996), monumental blocks of diorite granite weighing respectively 16 and 18 tons. The rocks were taken by the artist from a California quarry to his studio in Nevada.

There, the surface of the rock was engraved with abstract patterns. The rocks were then caged in massive metal frames and transported over 5000 km from Nevada to New Jersey, where they were packed in preparation for the ocean crossing to the Genoa port, after which they underwent the last leg of their journey to the Fondazione Prada.

Venue of the exhibition: Fondazione Prada, via Maffei 2, Milan 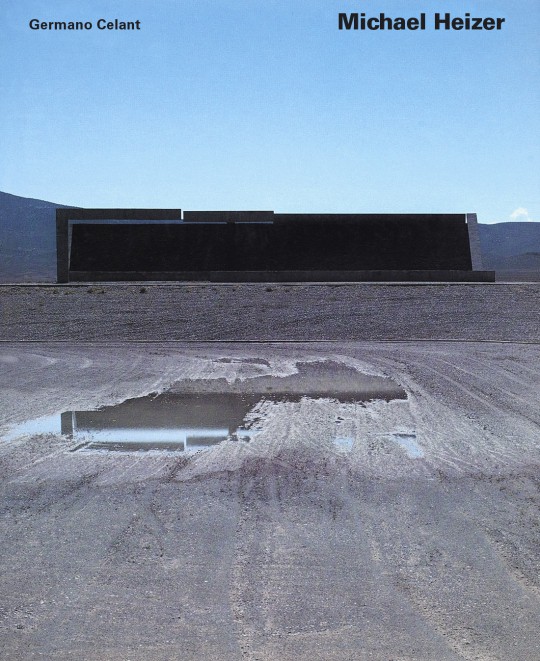