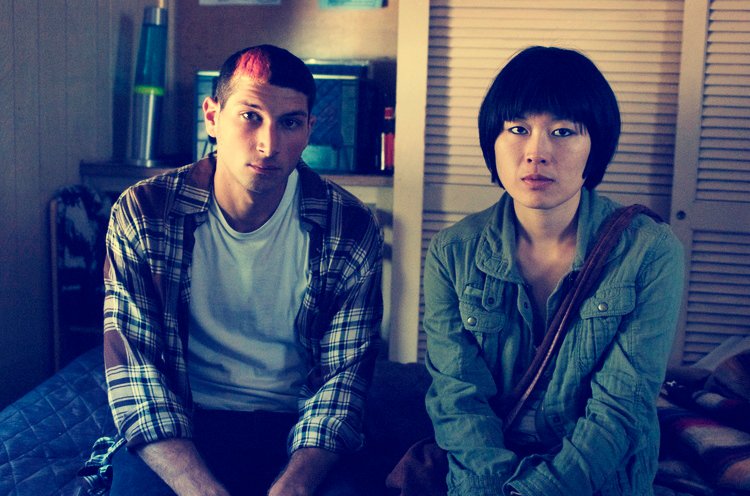 ‘Pearblossom Hwy’ focuses on youth in the small towns of America and the fallacy of the Westerns cultures promises; personal events emerge in a narration that combines fact and fiction. One of the protagonists, Cory, film himself collecting auditions to be submitted to a reality show casting. Between documentary format and reality show, ‘A Question of Survival’ features six participants filmed for two weeks in a wild beach in Australia, as part of a rare, at the time, TV experiment by ABC, a public broadcast service.

*Video title on You Tube: ‘1970s reality TV sent strangers into the wild to survive | RetroFocus’

Long before reality show, a TV reporter and five strangers, selected among volunteers citizens, are sent into remote wilderness in Australia with limited supplies for two weeks. Every morning the TV crew finds the group increasingly exhausted and hungry; one of them is perceived as a leader for his ability to adapt and find food.

Anna and Cory are two unlikely friends living in the nowhere town of Lancaster, California. Upon receiving news of her dying grandmother in Japan, Anna begins to engage in sexual deeds to buy a plane ticket home. Meanwhile, Cory begs her to stay and come help him find the estranged father he never met. Anna will have to choose between her life in the United States or returning back to Japan for the only family she has left.