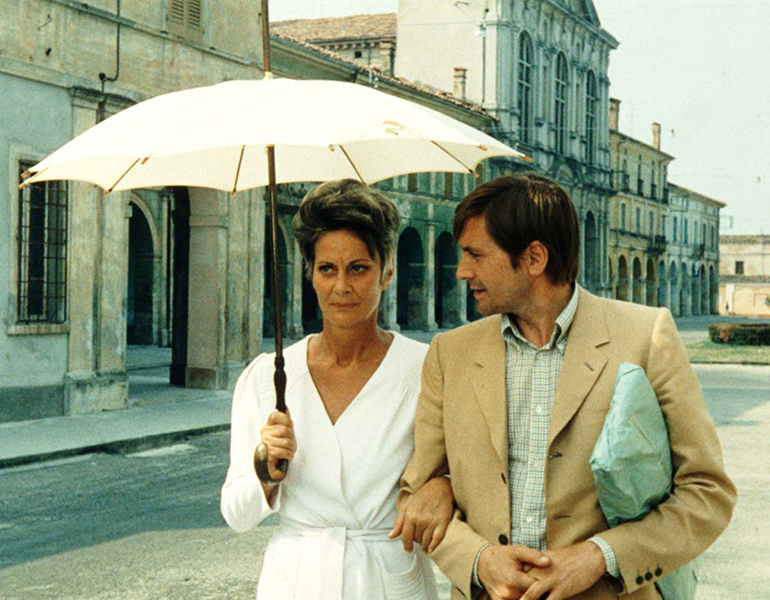 Athos Magnani arrives by train alone in Tara, where his father’s old mistress Draifa has asked him to come and find out the truth about his father’s murder years ago in 1936. Even though Athos never knew his father—who died before he was born— they share the same name and have a remarkable resemblance. Hence the confusion of the town’s inhabitants, who continue to celebrate the legacy of their local anti-fascist hero. As Athos proceeds with his investigation, through sometimes conflicting testimony of the deceased’s friends and enemies, it becomes clear that the official version is hiding something. Until he finds out that it was not a “fascist bullet” that took his father, but his father’s fellow conspirators, convinced by him to stage his execution—for an alleged betrayal—as an act by fascists in order to anchor the entire population’s hatred of the fascist regime. Instead of making this newfound “truth” public, Athos decides to confirm the legend before going back home. He too though becomes a prisoner of his father’s web, when he looks at the train tracks and realizes that trains stopped coming to Tara some time ago.