The title of the exhibition curated by Germano Celant is a reference to the dream, handed down from the historic avant-gardes to the artists of today, of achieving the democratic dissemination of art through a multiplication of the work of art as object, in order to favor a different perception and use of it from the aesthetic and social standpoint.

Covering a period of 75 years, from the beginning of the 20th century to 1975, the exhibition documents with over six hundred works, including multiples and editions, the transformation of the idea of uniqueness in art and in its perception, through the multiplication not just of the objects themselves but also of the different means used for its distribution, from artist’s books to magazines and from experimental cinema to radio. This small utopia, born at the beginning of the 20th century out of the attempts by the Russian constructivists and productivists to work with objects of everyday use, such as pottery, and the more individualistic aims of Marcel Duchamp, put down deeper roots in the 1970s, when the system of art began to spread, on the plane of information and communication, to all levels of society.

An adventure in which all the principal artistic movements became caught up, from Italian Futurism to the Bauhaus, from Neoplasticism to Dada and Surrealism, from Nouveau Réalisme to Op Art and Fluxus, culminating in the explosion in multiplication triggered by Pop Art, promoter of a genuine ‘supermarket’ of the art object, translated into book, magazine, can, film, clothing, record, dish, furniture, toy and many other forms.
On the occasion of the fiftieth anniversary of the first Fluxus festival in Europe (1962), Fondazione Prada organizes a series of Fluxus performances and concerts. 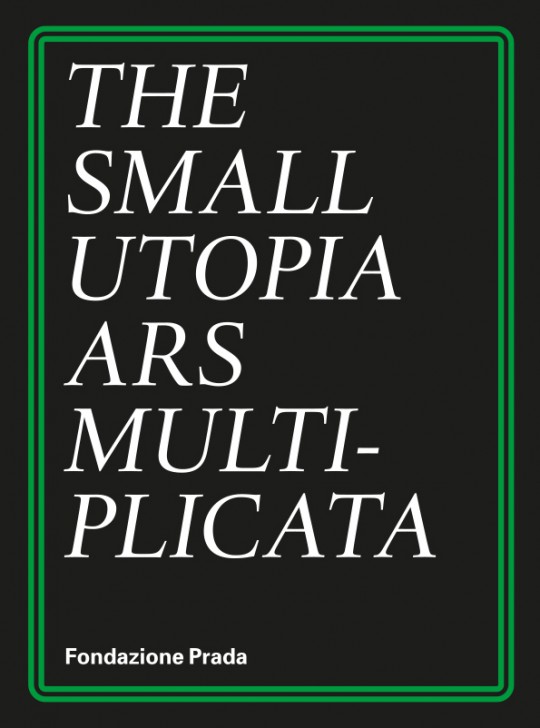