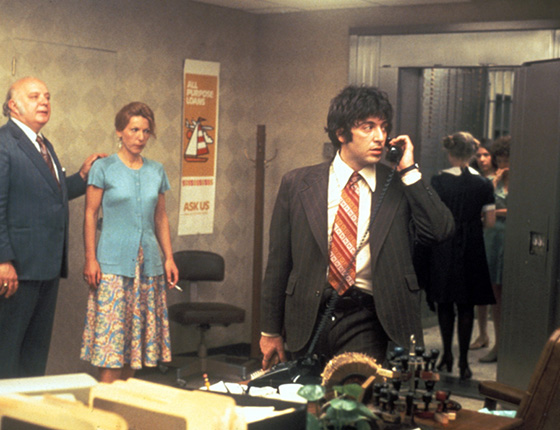 A mode of perception that resides in the interstices between reality and its representation is the subject of artist Pierre Huyghe’s two-channel video The Third Memory (2000), which reenacts the 1972 Brooklyn bank robbery captured in Sidney Lumet’s acclaimed film Dog Day Afternoon (1975). The screenplay of Lumet’s movie was based on the article “The Boys in the Bank” by P. F. Kluge and T. Moore, published on Life magazine’s 1972 September issue. Nearly 30 years later, Huyghe provides a platform for the charismatic character who planned the robbery, John Wojtowicz, by giving space for his reconstruction of the events in the reconstructed bank set. However, rather than reappropriating and clarifying his personal history, Wojtowicz seems to have been strongly influenced by the film, witnessing the inextricable merging of real events, distortions of memory, and influences of pop culture.

On August 22, 1972, John Wojtowicz robbed a bank in Brooklyn and held its employees hostage. This news item was broadcast live on television and covered by the press. A Life Magazine article inspired Sidney Lumet to make Dog Day Afternoon in 1975, with Al Pacino in the leading role.
John Wojtowicz directs his own view of the facts, in which he incorporates fiction and the various parts he may have played in this chain of events. He reveals the confused relations that emerge between a character and the person on which that character is based.

When inexperienced criminal Sonny Wortzik (Al Pacino) leads a bank robbery in Brooklyn, things quickly go wrong. As Sonny and his accomplice, Sal Naturile (John Cazale), try desperately to remain in control, a media circus develops and the FBI arrives, creating even more tension. Gradually, Sonny’s unexpected motivations behind the robbery are revealed, and his standoff with law enforcement moves toward its inevitable end.